Let's Break Down a Modeling Scam, Shall We? 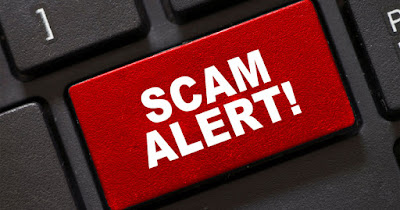 It's been a while since I've received a modeling scam email so I felt pretty special about receiving this one earlier this year, mainly because I felt it would make for a good blog post.
I meant to post about this sooner but it happened in March and COVID decided to hang out so...you know the rest.
I've written about modeling scams in the past but because they tend to change over time I figured why not see what this latest fraudster has to offer? Below are the telltale signs that immediately signaled to me that this clown was one to add to a long list of shady individuals looking for a gullible model to take the bait:
FORMATTING ISSUES
You know when you copy and paste text from different sources into the body of an email or a program like Microsoft Word and the result is a bunch of text of varying sizes and font styles? Super annoying, am I right?
So why on earth would anyone in the professional realm of the fashion/modeling industry send out an email where none of the fonts are uniform?
I've included screenshots of the original email below and while I couldn't get the entire email in one screenshot, you'll see the inconsistencies I'm talking about, especially in the first paragraph and the latter part of the message.
EMAIL ADDRESS

Is it possible for people who work for major companies or famous individuals to have a generic email through a platform like AOL, Gmail, Yahoo, etc? Of course. BUT when it comes to business opportunities and modeling job offers, I pay more attention to the email address of the person contacting me.
I'm sorry but the fact that anyone can create an email account on the sites I mentioned doesn't spark confidence or trust in me when it comes to modeling jobs and trying to figure out if people are who they say they are. The same goes for when you get contacted by someone claiming to be working at a modeling agency but their email address doesn't end in the name of the agency.
NO SALUTATION
This email had no "Dear Dania," "To Whom It May Concern" or even a "Hello." It just went straight into who this person was, what they do and what they wanted.
It might seem like a small thing but believe me, any industry professional will at least start off their email with a salutation (maybe not all but most--at least the ones I work with do). They likely didn't include a basic salutation because it would be one less thing to worry about messing up on when copying and pasting their bogus modeling gig.
It also goes to show they have no idea of the names of the people they're emailing--they're just waiting to see who responds and will go from there.
HOW HE FOUND ME

Mr. Humphrey claims he and his "boss", Sergio Zambon, found my resume on the modeling site Models.com. That's pretty funny because I do not have a profile on Models.com. I'm on a lot of similar sites and platforms but that's not one of them.
THE PAY RATE

Offering $2,400 for a 2-day shoot with a $500 per diem and all travel expenses paid? Yes, please! Oh, wait...you have no idea who I am, don't know my name, "found" me on a site I'm not on, yet you're inviting me to participate in a modeling job that will pay me an exorbitant amount of money? If only it were that easy!
I am not famous (yet) and my name recognition alone isn't one that would command a pay rate that high. Are there modeling jobs that pay this much? Certainly but that's few and far in between and that's a rate that would be negotiated and handled by a model's agent.
Simply put: this pay rate is as fake as the opportunity itself.
THE JOB DETAILS
They are looking for male and female models to showcase a line of streetwear...mmkay but that description is extremely broad. No height or weight requirements? For a major brand/company like the one mentioned in the email, they're almost always going to have some details about the types of models they're looking for, especially clothing sizes.
Additionally, the information they ask for is info they would have found listed on my Models.com profile...if I had one. I also know that agencies register their models on that site (you as a model cannot create your own profile page...you can sign up for an account to use their resources but an agent has to actually set up/request that you have a profile page on there) so if they were to go about this casting the right way, they would have obtained my agent's info and contacted them with the offer--not me directly.
While I'm sure there are exceptions to this, the point I'm trying to make is that you can't take these types of correspondence at face value. You've gotta get the stars out of your eyes and really see what's in front of you.
DON'T BE FOOLED 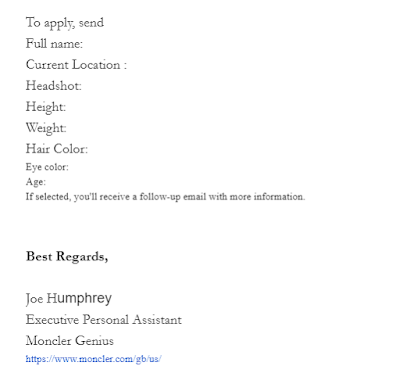 Some of you might be thinking to yourself, "But they state there's no nudity, so that's good, right? And they're not asking for any money upfront so that means it could be legit, couldn't it?"
To that point, I say yes, that's true BUT the way scams work evolves over the years depending on what the scammer is trying to do. This email doesn't strike me as the traditional money wire scam where they ask you to send a deposit for a photography studio in your city to secure your big time, high paid shoot, only to pocket the real money they receive from you and disappear.
This one, if you can believe it, is worse: identity theft and catfishing. While the information they asked for above isn't enough to open up a bank account or credit card in your name, it is plenty to set up fake social media profiles, post on dating sites and basically pretend to be you...and you would never know. At least not right away.
On the flip side, this is the same type of information you would provide at a traditional model casting call for either a gig or for an agency but again, remember, this is you sending a total stranger your stats, location and a photo, where they are then free to do with those materials as they please.
Even though the email claims I would be contacted with more info in a follow-up email, all the other red flags make it very clear that I either would never hear from them again or they may send another email asking for more photos and more information. Maybe even money. Who knows?
THE END RESULT
I didn't respond. It's simply not worth my time. Even if I wrote back saying I knew they were trying to scam me, that's not going to make them grow a conscious or be scared. There is not much authorities can do to track down someone through an email address either (despite what you see on TV or what your friend's mom's sister's coworker said).
What I did do, however, was contact the company named in the email. I sent a message through their website to the corporate office, alerting them that I received an email from someone using their company/brand fraudulently. I also offered to send them the original email if they requested it.
Whether I hear from the company or not is yet to be seen but I always feel an effective course of action is to report this kind of scam to the direct source. Chances are they have the resources and pull to try and investigate the matter further and put a stop to it.
Remember: if something seems too good to be true, it probably is and the modeling industry is no exception. Be smart, triple check everything and use the internet to find out what makes sense and what doesn't add up.
Email Post
Labels: Freelance Modeling Male Models Model Matters Modeling Scams New & Inexperienced Models Parents of Models 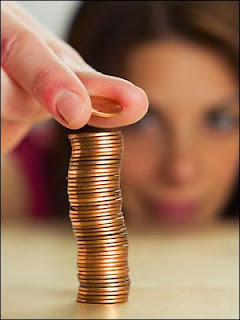 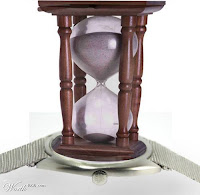